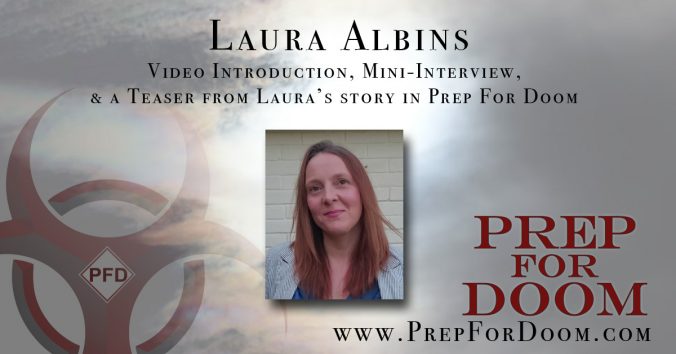 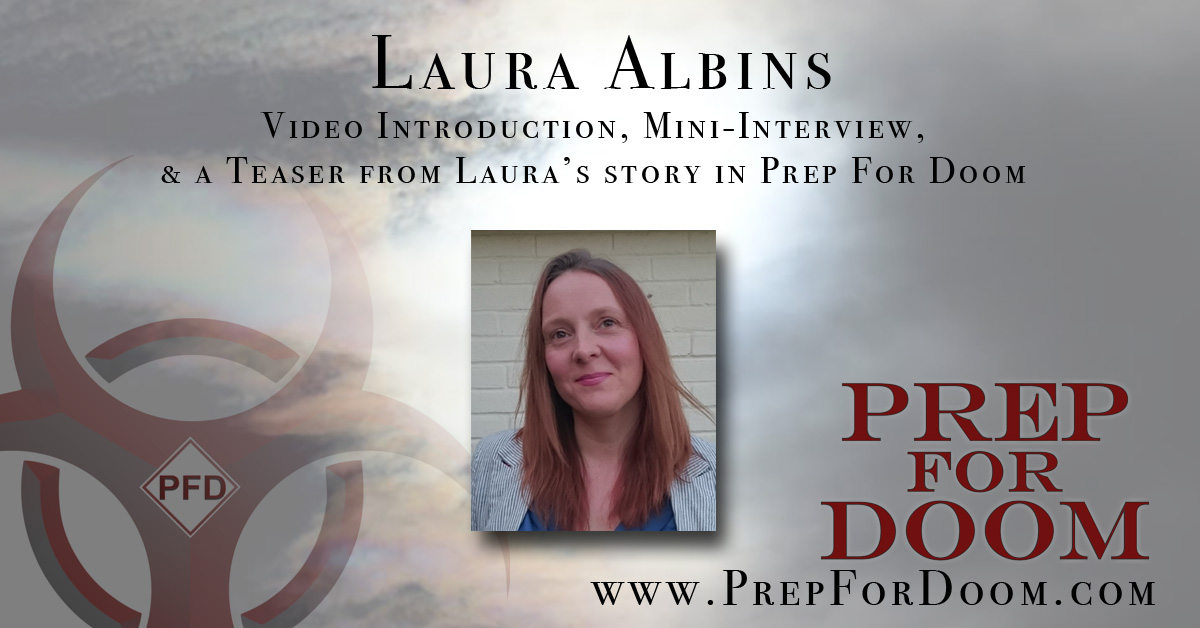 A Message from Laura

Owen wiped sweat from his eyes and walked back to the front, scanning the yard, the driveway, the woods, looking for any sign of strangers. The farm was secluded, surrounded by thick forest at the front and the river out back, but Owen felt sure that someone would remember the old farm at the end of the lane. One day, probably soon, someone would come.

Believe it or not, Prep For Doom is my first attempt at a short story. Having to fit an entire plot with rounded characters and a complete ‘beginning’, ‘middle’ and ‘end’ into such a short word count is so different from writing a novel. You have to be much more disciplined which was challenging but ultimately very rewarding.

I have loved the co-operation and camaraderie amongst the writers. Considering the story came from the minds of so many different authors, the anthology flows incredibly well and the overall plot is excellent.

Do you or does anyone you know prep for disasters?

No. I’m British and for us ‘prepping’ isn’t really a thing. We probably imagine ourselves, in the face of disaster, heading down the pub for a few last pints Shaun of the Dead style.

Has being a part of Prep For Doom changed your outlook on disaster preparation and/or apocalyptic scenarios?

Not really. I think I’ll probably stick with the pub plan!

My character isn’t a prepper. Owen’s just a normal teenage kid. He’s scared and lost, he doesn’t know what to do. He’s just managing the best he can, thinking he can keep his head down and avoid confrontation with reality. Unfortunately the story doesn’t let him and he’s going to have to make some difficult choices if he wants to survive.