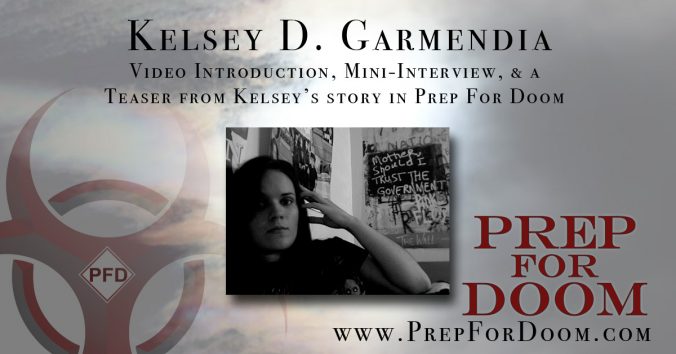 A Message from Kelsey

PFD Story Title: Roland
PFD Chapter: Seven
Main Character: Roland, a desperate man who slips into a dark role after losing a loved one. Roland is based on a character from Cameo Renae’s story, Existing.

He wanted no more fear of the Fever.

But the anger he had for the man that infected her was what he needed. He needed vengeance. Something that gave him purpose.

What was it like working with the other authors to create such an integrated anthology?

Being the youngest writer in the group, I knew I had big shoes to fill. The authors, along with some jokes, have been nothing but encouraging and enthusiastic. I’m truly honored to be featured with so many great writers.

Tell us one thing people don’t know about you or might be surprised to find out?

I post covers of songs on my YouTube channel. I hope that one day, I can write some originals with my best friend who lives in California.

Roland takes a look at the darker and grittier side of this apocalypse through the eyes of a smaller, and perhaps more sinister, character in Cameo Renae’s story, Existing. Roland’s story is one with heartache, anger, as well as the worst trait to have during the apocalypse—hopelessness.